Everyone at our practice is committed to providing you with the very best in equine healthcare. Our veterinary team bring a wealth of experience to the practice and have individually obtained high standards of professional qualification. 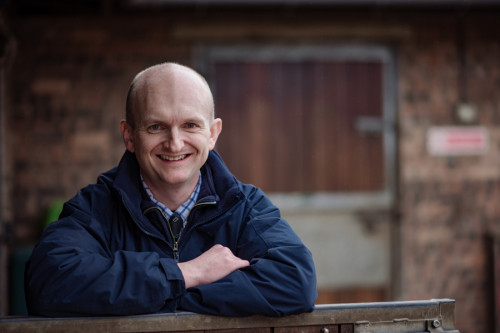 Malcolm graduated from Edinburgh’s Royal (Dick) School of Veterinary Studies (R(D)SVS) in 2000. Initially Malcolm worked in busy mixed practices for 5 years before joining the Large Animal Practice at the Dick Vet in 2005. He holds the Royal College of Veterinary Surgeons Certificate in Advanced Veterinary Practice - Equine Practice (Cert. AVP (EP)). This is a formally recognised postgraduate qualification, achieved through examination, indicating dedication and competence as a practising veterinary surgeon in equine practice. As such, Malcolm is recognised by the Royal College Of Veterinary Surgeons as an Advanced Practicioner in Equine Practice. Malcolm is also an ‘Official Veterinarian’ for the Animal Health government department.

Malcolm is a Partner at Central Equine Vets.

Outside of work Malcolm is married to Pamela and together they have two young sons, Finlay and Fraser, who keep them both occupied! In years gone by, Pamela represented Great Britian at Equestrian Vaulting and has competed at several international competitions including the World Equestrian Games. 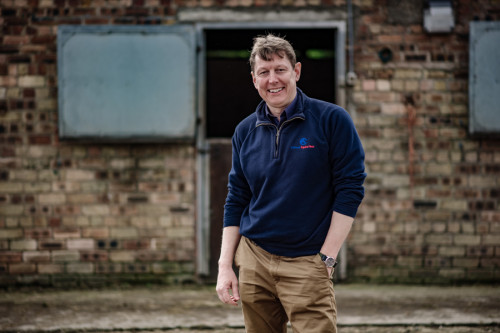 Matt graduated from Massey University in New Zealand in 1998 and has worked as an equine veterinarian since then both in New Zealand and the UK. In February 2002 he undertook an internship in equine reproduction at the R(D)SVS, working with referral equine reproductive cases. Matt Hanks worked for 10 years at the R(D)SVS, in the first-opinion equine practice and lectured in equine reproduction and equine practice to veterinary undergraduates. Matt was also the module organiser for a Masters program and has given many talks to clients and veterinarians around the country over the years.

Matt is a published author of both scientific papers and equine veterinary textbooks and is an ‘Official Veterinarian’ for the Animal Health government department.

Matt has also appeared in veterinary televison programs such as Vet School (STV), Supervets (CBBC) and an episode of Landward discussing the Royal Highland Show, where Matt was a veterinarian for 5 years.

Matt is a Partner at Central Equine Vets.

Outside of work Matt's hobbies include sailing (although by his own admission he is a fair weather sailor!), fishing and walking his two collie dogs with his wife, Eve. 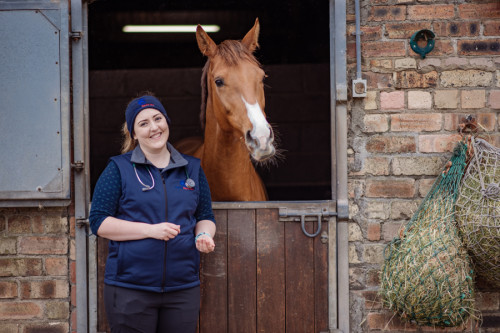 Holly graduated from Edinburgh Royal (Dick) School of Veterinary Studies in 2009. Holly worked initially in a busy equine ambulatory practice in the North West of England before moving to South Lanarkshire in 2012 to work in ambulatory and a clinic-based equine practice for 7 years. During this time Holly furthered her interest in equine medicine by completing her Postgraduate Certificate in Equine Internal Medicine. By completing this advanced study, she is now an RCVS recognised Advanced Practioner in Equine Medicine. Holly’s particular areas of interest include opthalmology, neurology, reproduction and respiratory medicine.

Holly became a Partner of Central Equine Vets in February 2022.

At home, Holly is married to Scott and they have a bouncy Sprocker called Murryn (who you may meet when she travels with Holly!). In her spare time, Holly enjoys travelling around the West Coast and running trails with Murryn (Scott miles ahead on his mountain bike!). Holly also enjoys a bit of DIY and enjoys putting her stamp on their house in West Lothian.

Rebecca graduated from the Royal Veterinary College in 2016, followed by spending 18 months in mixed practice in Cumbria. In 2018 Rebecca completed a year-long internship at Home Counties, staying on for a further 2.5 years as an ambulatory vet for the Practice.

Rebecca relocated to Scotland in 2021 and joined us here at Central Equine Vets, bringing her broad knowledge and excellent way with horses to our team.

Growing up, Rebecca was an active member of the Pony Club, progressing to BSJA competition. Now enjoying exploring Scotland, Rebecca also enjoys baking and walking her rescue dog 'Bobby' (who goes to work with Rebecca most days!).

Eugenio provides a referral service as a consultant for Central Equine Vets. His special interests are equine surgery and podiatry and he has a particular interest in sport horses.

Eugenio graduated in 2004 from Caceres, Spain and undertook an internship at a referral hospital in Spain before traveling to the UK and joining the Three Counties Equine Hospital in Gloucestershire.

In 2009 he moved to Edinburgh University to undertake a surgical residency in Equine Surgery and gained a Masters by Research in Equine Hoof MRI.

After a brief period in private practice, he returned to Edinburgh University as a Senior Lecturer in Equine Surgery and Director of Scottish Farriery Centre.

Eugenio has a wealth of experience treating competition horses and he currently provides veterinary care at several UK racecourses. He is a recognised European Specialist in Equine Surgery and has lectured both nationally and internationally. 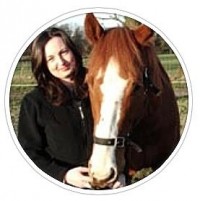 Jo-Anne is also a British Horse Society Intermediate Instructor with experience of managing horses across a range of disciplines. During her time working at the Royal (Dick) School of Veterinary Studies, Jo-Anne ran the acclaimed online course in equine nutrition and is renowned internationally for her work on equine nutrition. Jo-Anne’s combined academic and practical experience has led to her excellent reputation in providing practical, up to date, advice on equine nutrition for all classes of horses and ponies.

Whether you horse is overweight or on-box rest because of a problem, Jo-Anne is on hand to provide valuable and essential advice on feeding your horse. 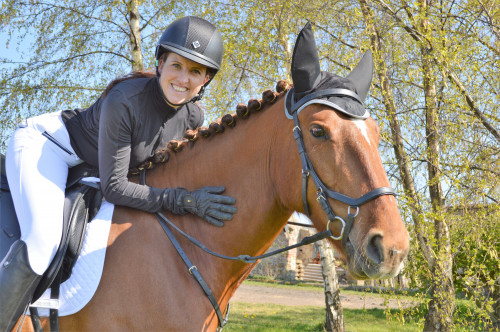 Gemma has worked in the Practice since 2016 as a first point of contact dealing with management of the Practice, staff and clients, ensuring the customer experience is of the highest standards. Gemma is also an expert in managing insurance claims, with a 13 year history working for insurance companies as a claims assessor.

Gemma is a member of the Veterinary Management Group and has completed a Veterinary Practice Administration certificate through the Lynwood School of Veterinary Nursing.

In 2015 Gemma was the Edinburgh Lass for the Edinburgh Riding of the Marches and she has been committed to organising and coordinating the Central Equine Vets City of Edinburgh Horse Show over recent years.

Gemma is an Amateur Dressage rider and she enjoys training her young horse Star who is showing some flair for dressage and already winning some frillies! In March 2019 Gemma competed at the SEIB Novice Winter Dressage Championships at Arena UK in Lincolnshire on her previous horse, 'Harold', where they came 12th out of 26 competitors.

As many of you will know, Gemma has a cockapoo called Dory who assists in managing clients that visit the Practice - she’s very popular with everyone! 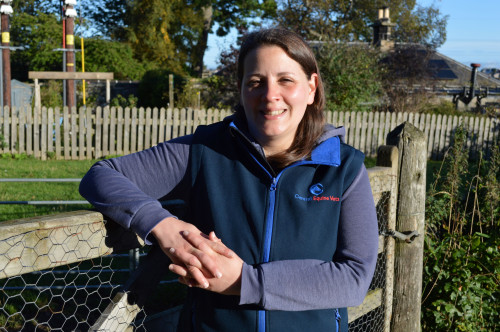 Noemi Gero joined the reception team here at Central Equine Vets in 2021. Previously working at the small animal practice, Market Cross Veterinary Clinic for 3 years, Noemi is very experienced in customer service and insurance claim processing, meaning she can assist with all of your queries and ensure our clients receive a high level of customer care.

Noemi has a young black Labrador called 'Moose' who keeps her very active whilst out of the practice! 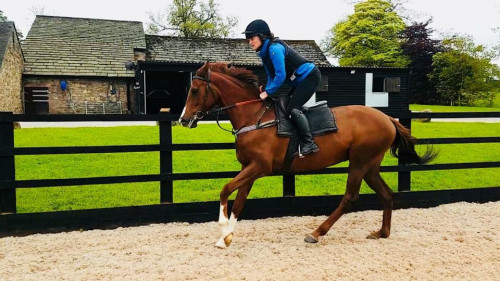 Sam is in charge of marketing and social media and regularly helps on reception on busy days!

Sam's equestrian career spans over 40 years and was predominantly in racing, however she has also trained in eventing, showjumping and polo as well as competing in the British Icelandic Horse Championships in 2011.

Sam has a 'lively' ex-racehorse whom she has re-trained and is currently training her in her favourite sport of horseback archery. Sam is a Club Officer for the Edinburgh & Lothian Mounted Archers Club.

Sam is also an active committee member for the Edinburgh Riding of the Marches, volunteering as their PR & Marketing Officer, which involves running their social media, website, PR and global press coverage of the annual historical event.